Copenhagen: The house of Finn Juhl 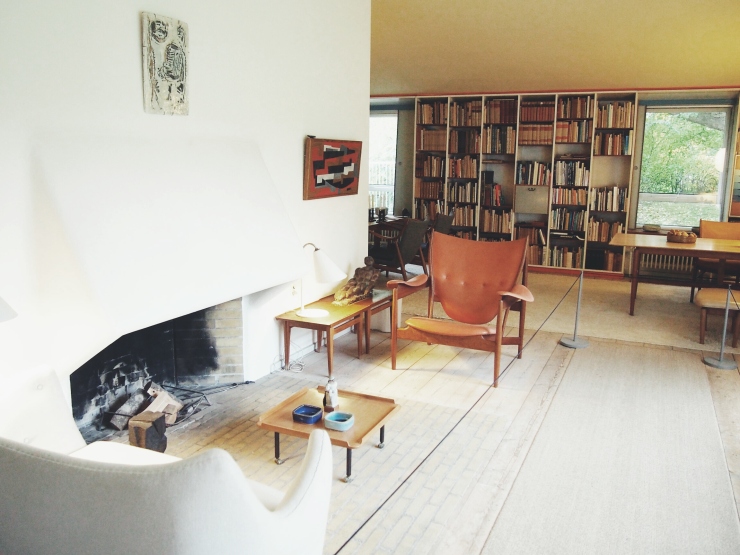 Known predominantly for his extensive portfolio of furniture designs, Finn Juhl was a pioneer of the mid-century modern aesthetic.  The designer’s house and studio situated in a leafy suburb on the outskirts of Copenhagen, was preserved and opened to the public in 2008, offering an insight into Juhl’s vision of the ideal home.

Built in 1942, Finn Juhl’s house was one of few architectural projects completed by the designer, in which his aim was to create a home where everything was designed by his own hand, even down to the smallest details such as the cutlery.

The house represents an early example of open plan, with a great sense of connection between each room. Composed of two blocks placed together at right angles, the design encourages views to the outside space.

The space houses many examples of hand-crafted furniture, realised by master joiners in the region, with the mid-century timber of choice – teak, providing a heightened sense of warmth.

Juhl’s own designs sit alongside curated artworks and sculpture that he had collected from other creatives during the period, giving an insight into his personal style and vision. A geometric patterned rug, by textile designer Anna Thommesen, takes centre-stage in the reception area.

Visits to the former home of Finn Juhl in Denmark can be arranged here.